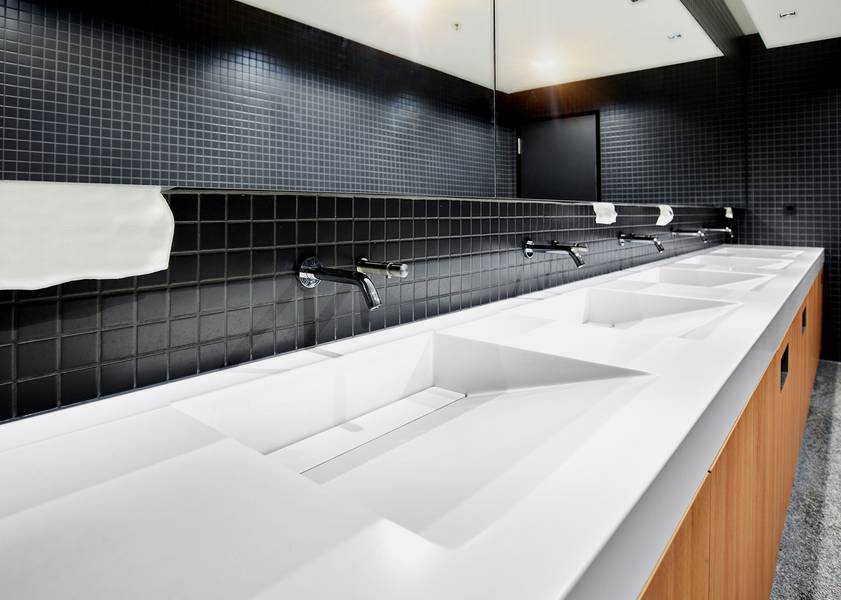 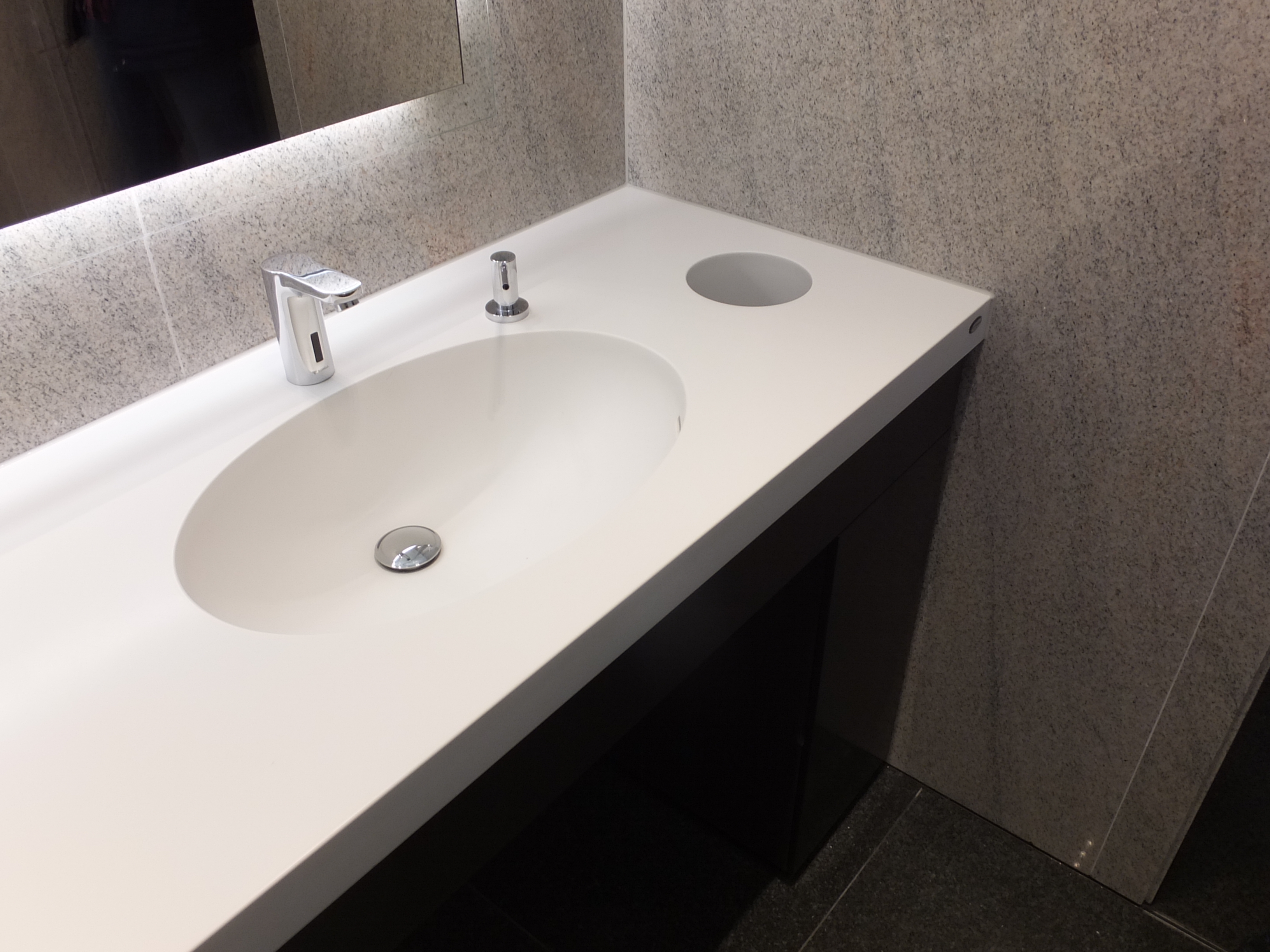 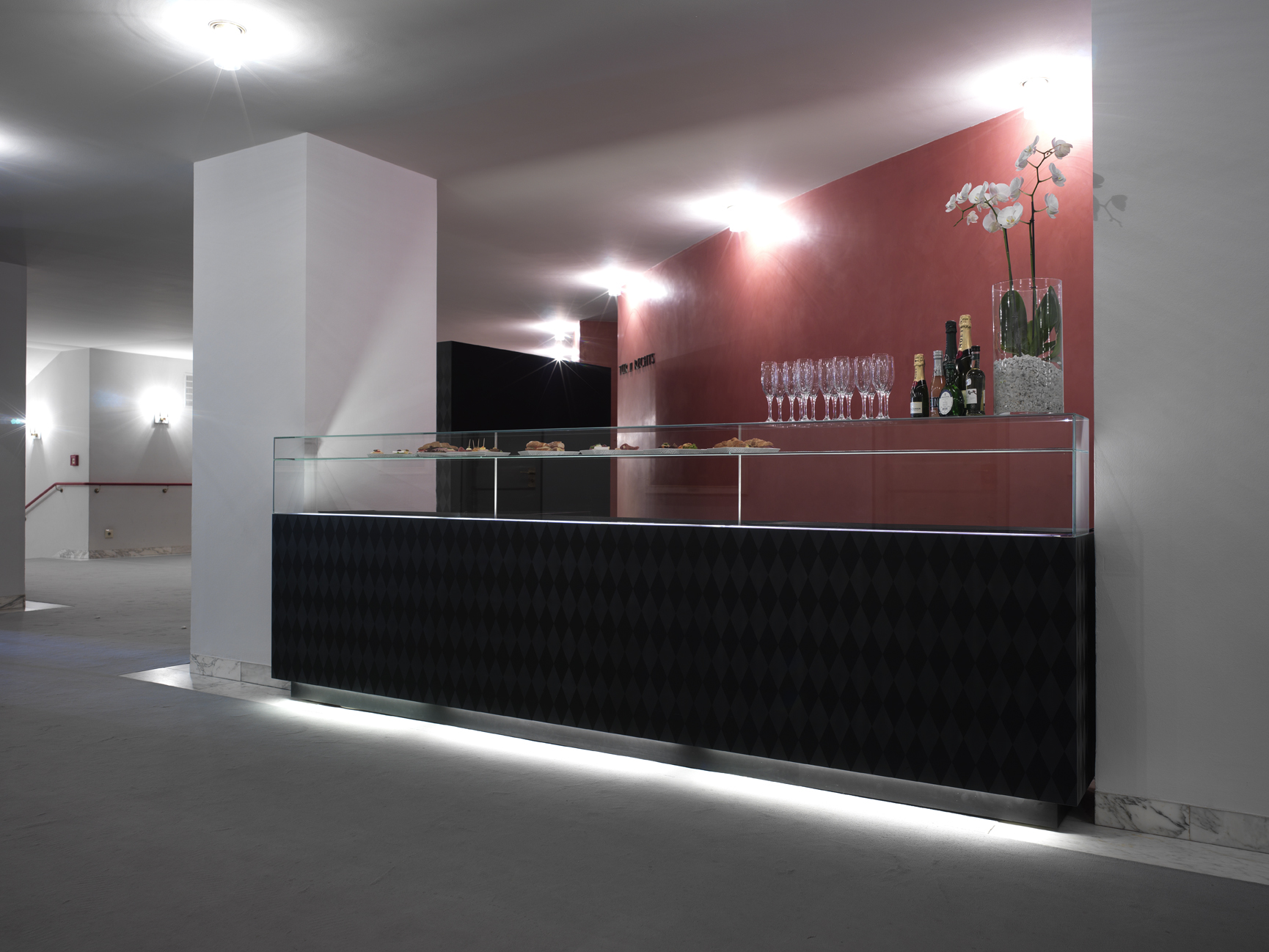 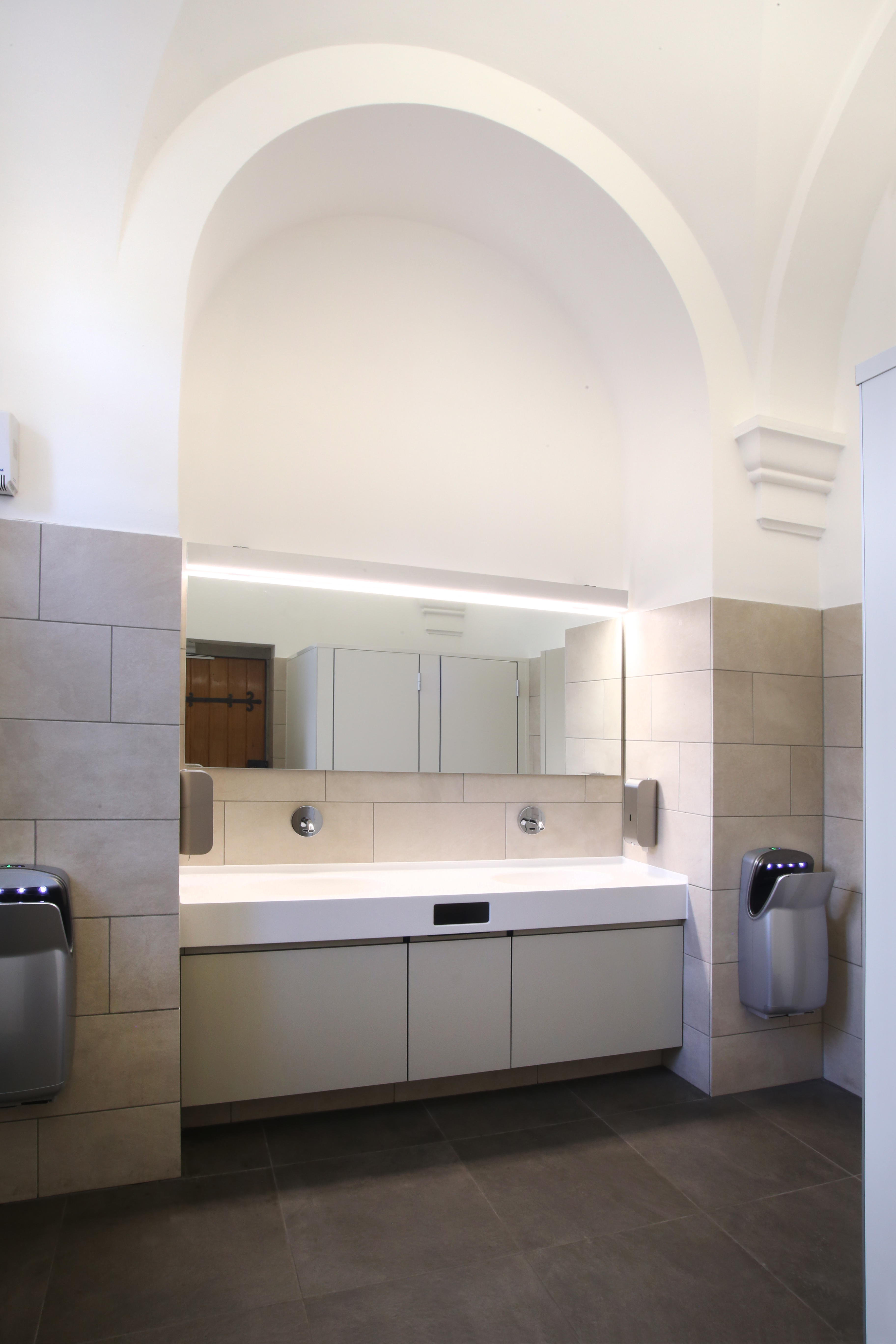 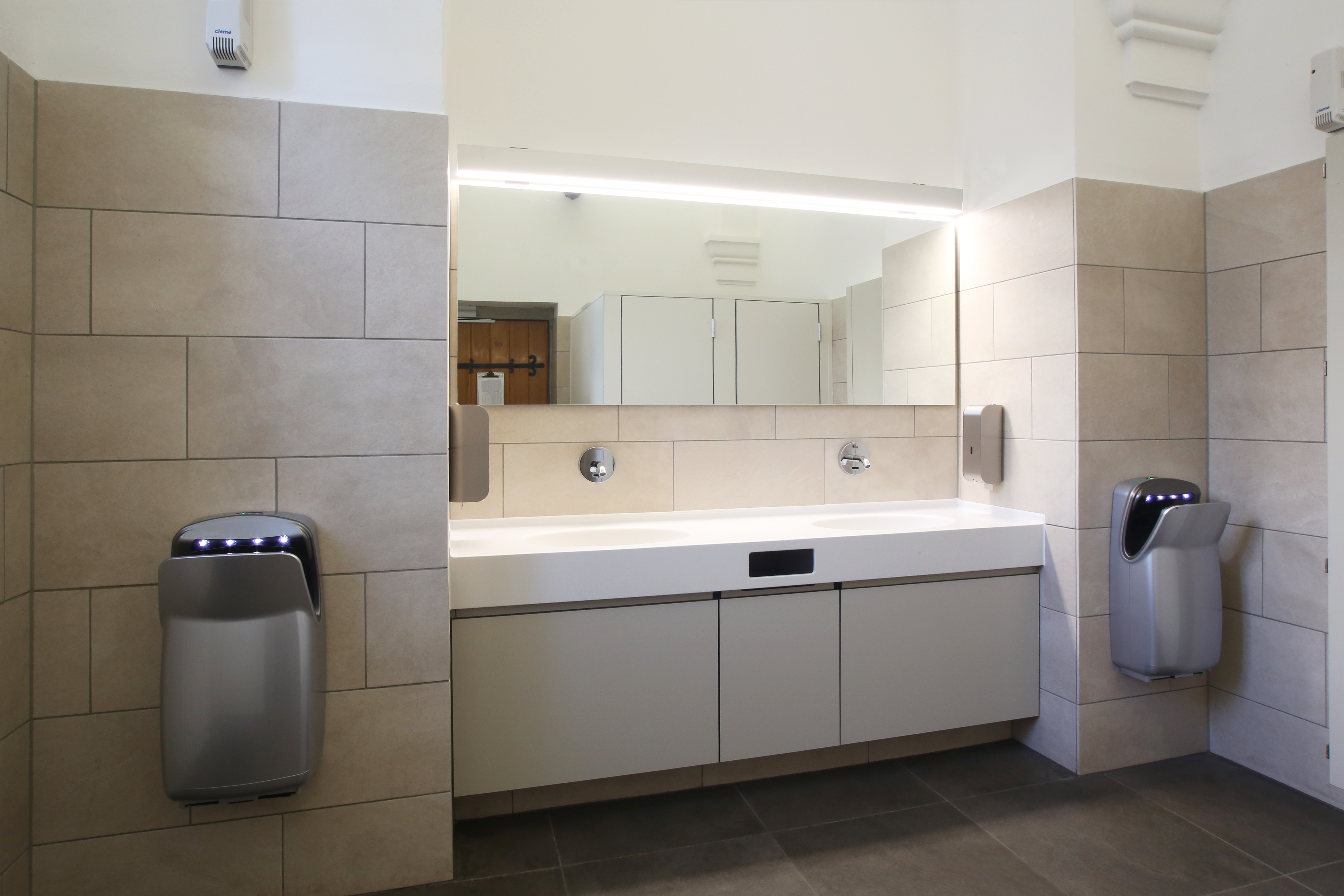 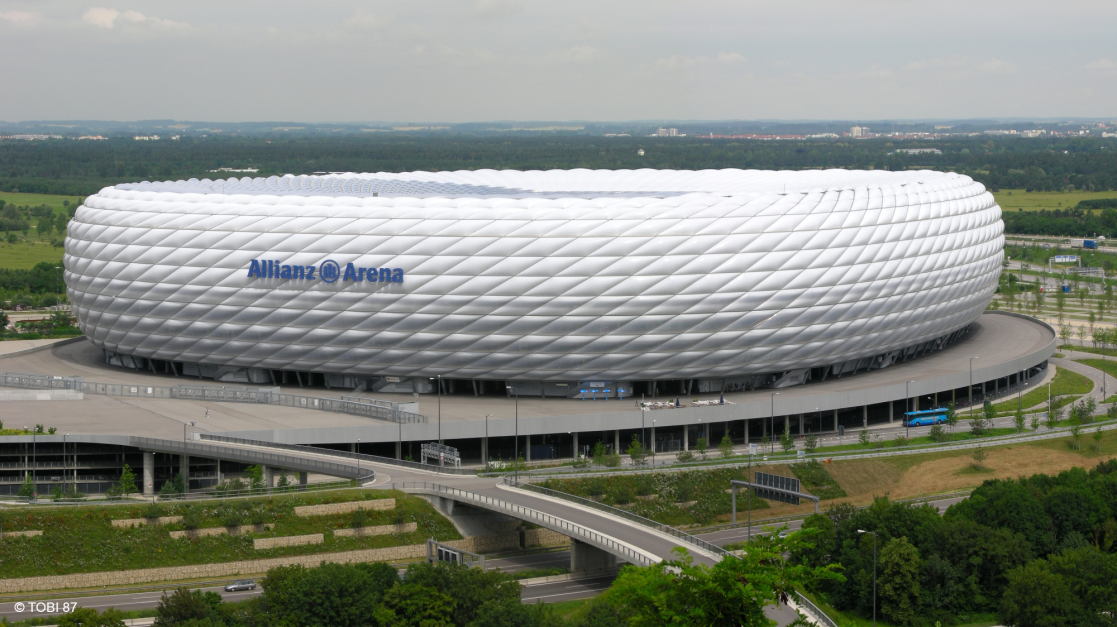 Schools, universities, kindergartens and office buildings: VARICOR®  enhances a lot of public places with high quality sanitary facilities that are perfectly tailored to the demands of each of these places.  We are where people gather to learn, to play or to work, but especially where people are looking for new experiences and lasting impressions. From classical to modern: Our mineral material is part of many cultural sites in Germany.

Cultural sites are an important and essential component of our human coexistence. They spice up our daily life, serve as entertainment und impart a great deal of knowledge. From theatres, palaces, castles, museums, mines, operas, art galleries up to stadiums: you will find cultural places in every region and they are regularly visited by a lot of people.

They are not often focused on, but sanitary facilities play a big part in whether or not you feel comfortable in a public place. They have to be attractive and low-maintenance at the same time,  to avoid  damage or wear due to high visitor frequency.

The dresden palace of culture

The city of Dresden is a real tourist magnet with its old city, the Frauenkirche, the Zwinger and the Semper opera. In the city centre old, venerable buildings are aligned directly adjacent to each other. Since 2017 the mid-sized city has another attraction: The palace of culture  was refurbished and after extensive renovation works opened its doors again.

It now shines in new splendor . The requirements for the washrooms were aesthetics and practicality. In close Cooperation with the Ernst Rockhausen Company VARICOR was able to realize both. Several seamless series systems have been produced, which adapt perfectly to the environment. As elegant detail, the drain was hidden under a cover that can be easily removed for cleaning.

VARICOR ® can not only be used for sanitary facilities. Since its opening in 2005, the Allianz Arena has been home for FC Bayern Munich. In 2006, even games of the World Cup were played there. In the arena, which offers 75,000 seats, VARICOR®  was used for the foyer in the VIP area. The noble and easy-to-clean material was selected here as a bar cover and counter cover.

The State Opera in Munich looks back with pride on over 350 years of opera and ballet history. A varied program attracts young and old people.  In one season, the house offers more than 40 operas and 20 ballets. With over 2,000 seats, the Bavarian State Opera is the largest opera house in Germany.  There can be found several counters in black and white in the whole building. Another special application made of VARICOR® is the so-called "floating wall", an elegant solution for discretely retracting the catering. The wall floats without feet above the ground.

Germany's most famous castle is located above Hohenschwangau near Füssen in southern Bavaria. The castle of King Ludwig II was opened in 1886 and is also called "the castle of the fairytale king". From the outside: Historical. Inside: modern and timeless. In 2016, the sanitary facilities and wet cells on the ground floor of the gatehouse were renewed. In order to "defy" the daily 6,000 visitors in the summer time, the choice fell on VARICOR ®. Planning, production and assembly was handled by Josef Eibl from Aham.